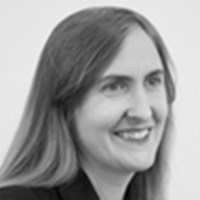 Rosalind is a partner in the Employment and Pensions practice and she specialises in pensions law.

Rosalind has many years experience advising companies, trustees and administrators on the issues relating to the management and closure of pension schemes, as well as the issues that arise in relation to pensions on transactions and restructuring. Her clients include listed UK, European and global companies, private businesses and charities.

advising a large UK group of companies on the closure of four defined benefit pension schemes to accrual, including management of the communications process, consultation with employees and negotiation with the various trustee bodies;
negotiating on behalf of a global client with two sets of trustees on the merger of their pension schemes;
advising a global group of companies on the UK pensions issues on its restructuring, negotiating with four sets of trustees, the Pensions Regulator, the Pension Protection Fund, UK and overseas lenders, trades unions and US creditor committees to provide a cutting edge structure which has since become widely followed in similar situations;
advising the trustees of the pension scheme of a charity on a bulk transfer from a larger charitable scheme.
Rosalind trained at the City firm of Gouldens, qualifying in 1998, after which Gouldens merged into the international firm of Jones Day where she joined the partnership. Rosalind moved to Taylor Wessing to join the pensions team in early 2012.

Rosalind has always specialised in pensions law and is an active member of the Association of Pensions Law, sitting on its main committee as secretary to the association and speaking regularly at its conferences and seminars. She is also a Fellow of the Pensions Management Institute and is chair of its London Group. Rosalind speaks at a range of conferences, has had articles published and been interviewed by the press on a wide range of pensions issues and is the co-author of a book, Global Issues in Employee Benefits Law.

Rosalind is ranked as a leading individual in Pensions by Chambers UK 2014 and described as ""pragmatic"" and ""a very competent pair of hands"".