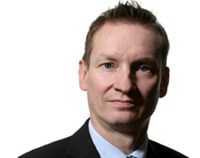 Stephen is a partner for real estate for Eversheds LLP. Stephen has over 25 years experience acting for the public sector and investors and developers in establishing and delivering major regeneration and development schemes often in partnership arrangements. He has a unique understanding of the functions, statutory, duties and protocols of public bodies, agencies and organisations and the investment and development requirements of property companies.

Projects in which Stephen has had a lead involvement include:

The regeneration of Kings Waterfront to provide a 10,000 capacity arena, conference centre and mixed use scheme in Liverpool;
The legacy delivery of the Olympic venues in the Olympic Park including the legacy disposal of the Olympic Stadium and the facilities management and legacy operation of the other Olympic venues in the Olympic Park;
The 15 development site local asset back partnership for Morgan Sindall as Bournemouth Council's delivery partner; and
The establishment of a co-investment partnership vehicle between Oxford City Council and Grosvenor to enable the delivery of a new housing led urban community on a 100 acre site at Barton in Oxford.
His knowledge and understanding of regeneration and development has led to Stephen being instructed as strategic legal advisor in commercial property developments, urban regeneration projects and delivery arrangements for major property company's including Morgan Sindall Investments, Igloo, Land Securities, St. Modwen, John Laing and Mapeley.

He is also a long term supporter of arts and culture having chaired several cultural organisations including Business in the Arts: North West. He was also a Trustee of the Development Trust of the Manchester Art Gallery from 2000-2010 and helped to oversee the re-opening of the Gallery with its new wing and the raising of £1m to meet the funding gap for the project. In 2004 he joined the board of the Development Trust of the Manchester Library Theatre and has been the Chair of the Manchester Library Theatre Trust Board since 2006. He was a Pioneer and sponsor of the Manchester International Festival in 2011. Stephen sponsors and supports the work and scholars of the University of the Arts London. He also collects contemporary art and supports artists including Terry Duffy, Harry Brioche, David Gledhill, Darren Baker and Liam Spencer.