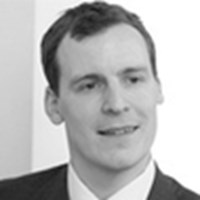 Steven specialises in the resolution of disputes relating to the formation or administration of trusts and estates in a UK and international context. Recent cases have included disputes relating to trusts and estates in the UK, Channel Islands, Isle of Man, Switzerland, Gibraltar, Liechtenstein, Cayman Islands and Bermuda. Steven’s practice also encompasses advising high net worth individuals, private banks and trust companies on trust structuring and succession planning issues, particularly where there is an international element. He also advises on charity law matters, including dispute resolution where UK charities are involved.

Steven speaks regularly on issues relating to trust and estates disputes at conferences in London, the Channel Islands, Switzerland, the Cayman Islands and the United States. He also runs a number of in-house training workshops for private banks and trust companies. Steven is one of the editors and contributing authors to Oxford University Press's 'International Trust Disputes' published in hardback in January 2012. He is also a contributing author to 'International Trust Precedents' published by Longmans.