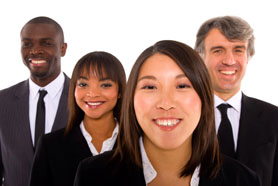 As an employee, you have a right to protection against discrimination on grounds of race or religion. The legal definition of race includes colour, nationality and ethnic or national origins. Religion is a belief that is genuinely held, attains a certain level of cogency and seriousness and is worthy of respect in a democratic society, without conflicting with the fundamental rights of others. It includes both traditional religions such as Christianity, Hinduism, Sikhism and Islam, as well as more modern beliefs such as environmentalism and Scientology.

It is easy to deal with the obvious signs of racial or religious discrimination, but there are forms of discrimination which can be hidden.

An employer can only decide to employ someone of a particular race or religion where they can prove it is a genuine and reasonable requirement for the job. For example, there are some jobs that need staff to work late into the night and it may be justified for an employer to employ someone whose religion requires them to be home before sunset.

An employer should actively encourage diversity and equality within the workplace. This can be done by:

An employer can help to minimise discrimination by creating an environment in which employees feel comfortable disclosing information relating to protected characteristics such as race and religion:

To stress, it is most important that the process of employing someone is reviewed to eliminate any chances for discrimination, such as the language used in the job advertisement and making sure dates of interviews do not fall on religious holidays.